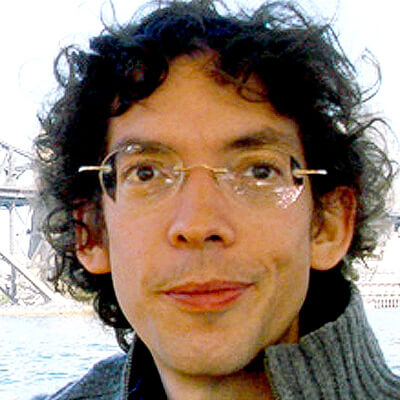 Benjamin Gilbert obtained a B.A. in Natural Sciences from Cambridge University in 1994 and a Ph.D. from the École Polytechnique Fédérale de Lausanne (EPFL) in 2000. His graduate research was based upon synchrotron x-ray spectromicroscopy studies at the Synchrotron Radiation Center of the University of Wisconsin – Madison, for which he received the SRC Aladdin Lamp Award. He performed post-doctoral research at UW – Madison and the University of California at Berkeley.

In 2004, he joined Lawrence Berkeley National Laboratory and founded (with colleagues Jill Banfield and Glenn Waychunas) the Berkeley Nanogeoscience Center. In April 2007, he was promoted to a career scientist position.

Dr. Gilbert has made important contributions to the rapidly evolving field of nanogeoscience – the study of the properties and geochemical interactions of natural nanoscale minerals. Much of his research involves the development and application of synchrotron x-ray experiments and analysis methods for the study of mineral nanoparticles. Research accomplishments include: the discovery of stable cluster formation by iron oxyhydroxide nanoparticles; observation of structural transformations in ZnS nanoparticles associated with water binding; the identification of nanoscale silicate inclusions in zircons; and x-ray spectroscopic studies of the electronic structure of manganese oxides. More recently, his research has begun to apply ultrafast x-ray methods to study electron transfer to ferric iron oxide nanoparticles with sub-nanosecond temporal resolution. These studies are reported in more than 50 peer-reviewed publications that include collaborations with scientists from many disciplines.